This week I was mostly working on securing Windows 10 built 1703 enterprise image. It’s unbelievable how hard the customers pushed to use the product the vendor way. It really comes to hardcore tweaking and almost hacking the OS.  Collection of few hardening URLs that I come across and might help others are here: 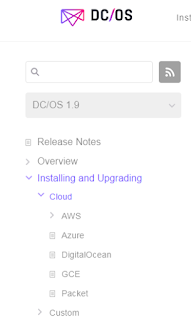 The second project that was touched by me (not planned) is Google Cloud Platform (GCP). It started with preparing my refresh of Mesos/Marathon Tutorial that I did run already in 2015 just before Openstack summit in Vancouver. The tutorial that time required Vagrant to run locally, vagrant was using Oracle VM Box. In 2015 I wanted to use VMware Workstation and bought Vagrant module for VMware workstation and spent some time tweaking it to get the tutorial running. This week when started reviewing preparation steps I discovered that now AWS, GCP and others can be used. I have a significant amount of free GCP credits – so I started setting up Mesos in GCP.

I’m almost done with the setup and will blog about it when it’s all working. But the experience so far was BREATHTAKING – I can’t stop saying “this is so cool” to myself while deploying VMs in GCP, configuring automation through Ansible and deploying Mesosphere pieces.

Switching topics - I was approached a colleague of mine, virtualization architect and former customer with the question around VMware Storage VMotion traffic flow in NFS Environment. It was interesting research project and I’m writing about my blog post on Packet Pushers