It seems that this week I had more events that one can possibly attend, and it should be few weeks to process. Someone mentioned to me recently that the technology is moving so fast and no one cares if you were Exchange 2003 guru 14 years ago, your skills need to be current in technology and it means continuous training all the time. So pour us technology guys who have to learn how to socialize.

It’s official – my application has been approved and I’m Vancouver VMUG Leader among with two other exceptional individuals – hope to get more interesting topics and speakers to be brought to VancouverVMUG next year. I already got a lot of support from Western Canada VMware team and community! Thank you Everyone!

We’ve considered doing another small event this year however the holiday season is approaching rapidly – it will make sense to do the next event in 2018. In my packet pushers blog post – I’ll cover Datrium and Rubrik technologies that were presented at Vancouver VMUG meeting this week. 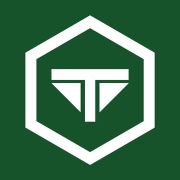 TechVancouver had a couple of very inspirational talks one from Jeremy Baker (Retail Zipline) on mentorship. For me the most interesting part of Jeremy’s experience is view on Silicon Valley from a Canadian who’s born and raised in BC – very eye-opening remarks around culture, approaches, past and future of the tech. Also, Francis Dupuis, President & CEO of PayByPhone almost  sconfession presentation reminded me that most of technologists forget about everything else when the technology is cool – it’s definitely an alarm that I wish was embedded in my head. The rest of the talks also was very interesting and touched the points that don’t cross my mind daily.

Another thing this week is iTech conference Vancouver – unfortunately due my other obligations I couldn’t listen to too many sessions.

The Global Knowledge presentation on IT Pro’s in 2017 was interesting in terms on how traditional education service is trying to pivot their offering and to interest the market. Also it was news to me the Global Knowledge acquired ctc   Also I had real fun listening to Pierre Roman from Microsoft on Serverless, Microservices and Containers. The whole presentation was “We (Microsoft) are telling the developer community on how to build a new generation applications but we’ll not inform you that the approach comes from others such as Netflix and Amazon”. I decided to not get on fire by asking if the speaker considers Exchange, SQL, Sharepoint to be monolithic applications and if there are any plans to build new versions in form of microservices so Microsoft can demonstrate the power of the approach through their own applications.

Additionally I attended a couple of InfoSec meetings and talks that kept reminding us that unfortunately the factor of luck is a big component of success in any security program. However I learned few practical advices and going to publish those discoveries when I can.

Posted by PetrMc at 9:44 AM No comments:

After a few weeks of silence with an exception of a blog post at Packet Pushers on my return from FireEye conference . The reason for it is mostly there was no opportunity to sit down and get organized due multiple streams of work and life.

It always scares me that I’ll run out of topics to write but so far it didn’t happen. So I have few topics in the  pipeline but I need a bit more time to complete them.

The biggest market shaking announcement this week is VMwareintent to acquire SD-WAN vendor VeloCloud Networks  - I’m still trying to wrap my thoughts around this move – Packet Pushers discussed few very positive observations here
lso working on a security project on audit of AWS deployment - pretty new to me but exciting and energizing!

Below is the list of Interesting URL’s in last few weeks:

I’ll work on updates for my packet pusher community blog page and report here as soon as I have some published.
Posted by PetrMc at 1:18 PM No comments: